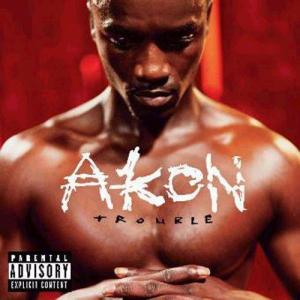 A singer who owns a diamond mine is in itself a piquant proposition. If he also happens to be the largest selling international artist across record companies in India and the only artist to ever accomplish the feat of holding both number one and two spots simultaneously on the Billboard charts twice, he commands undivided attention like Akon.

When the Senegalese-American hip hop and R&B musician flew down for a gig in Delhi, he gave a tubthumping time to fans on a cool October evening. My chat with him took place that year in 2007.

Akon sings his heart out. He tells his side of the story through music, he says sorry through music. As an evening starts with him belting out heartfelt numbers while doffing his shirt, the crowd is lost to pure frenzy. “Every time there is a controversy, there are several twists in the story before the truth comes out. Instead of giving explanations for them to people, I record my life through my songs,” he said.

In April that year, he drew flak for a raunchy dance with a 14-year-old girl at a club in Trinidad and Tobago. He apologizes to her through the number ‘Sorry, Blame It on Me’, though at the same time he does point fingers at the club for admitting the girl. He sings about turning life around despite a criminal history in ‘Tired of Runnin’. And, his album Konvicted is in memory of his long time friend and manager Robert Montanez who was killed in a shootout. “It is the best way to be myself and to balance things out,” noted Akon.

A ready wit comes to his rescue as queries about his age are forthcoming. “Oh I am 24!” he smiled. “By the way, I am lying because the curiosity might kill you all day.”

It is his second visit to the country. The first time he performed in Mumbai in January, 2007, left an ‘incredible’ taste in his mouth. A return was inevitable. But while in Mumbai he had walked straight into the audience and then dived onto the crowd from the platform, this time he was content with bringing about ‘equality’ by getting the entire crowd as near as possible. Only the possibility of a stampede made him give up on ‘bridging the gap’.

Akon hit it big time when eleven of his songs including ‘Smack That’ and ‘I Wanna Love You’ from his latest Konvicted featured in the Billboard Hot 100. Since the release of the certified double platinum album in November 2006 in which he collaborated with the likes of Eminem, Snoop Dogg and Styles P., he has been constantly on tour. Right after the 70-minute Delhi concert, he took off to the United States and Brazil for more.

“This is what I have been doing almost everyday for the last three years. If I go home for a week, I go out for another 6-8 months. Sacrifice becomes the name of the game,” pointed out the singer who has performed with Gwen Stefani in The Sweet Escape tour and with Rihanna for the Good Girl Gone Bad tour. Meanwhile he is excited about future collaborations with music icons Madonna, Whitney Houston and Michael Jackson.

Son of jazz percussionist, Mor Thiam, who is famous for his expertise in playing the traditional African drum of the Djembe, Akon (his full name being quite a handful: Aliaune Damala Bouga Time Puru Nacka Lu Lu Lu Badara Akon Thiam) was born in Missouri, but grew up in Dakar, Senegal, until he was seven. His parents moved to the United States to avoid immigration problems. Some time after he recorded his first song, “Operations of Nature,” when he was 15, he was jailed for armed robbery and drug distribution charges — a time that reflects in most of his songs that begin with the clank of a jail cell and the word ‘konvict’.  His first album, Trouble, released in 2004, shot him to fame and reveal a blend of West African-styled vocals mixed with East Coast and Southern beats.

If climbing up the music charts is his forte, Akon also reveals himself to be a man with an astute business sense. The entrepreneur in him revels in owning a diamond mine in South Africa to spawning off an array of Konvict companies such as Konvict Ent., Konvict Muzik Management, Konvict Label Group, Konvict Real Estate, Konvict Construction, and Konfidence. In February 2007, he launched Konvict Clothing, his clothing line featuring urban streetwear including denim jeans, hoodies, t-shirts and hats. There’s Aliaune, a high-end line too.

At the same time he has been using them to give back to his country of origin. “Africa has one of the richest natural resources of oil, gold and diamond. But it’s time to rebuild Africa starting from better technology to better schools and better roads,” he emphasised. His Non Profit Organization, Konfidence, has already begun rebuilding Senegal with new schools, financial support and clothing and shoes from sportswear brands such as Nike, Reebok, Adidas and Puma.

A reality television show, ‘My Brother’s Keeper’, is in the works — in it Akon’s two nearly identical brothers will go around in Atlanta posing as him, fooling people, trying to get VIP treatment, girls and freebies. “If we are in the same room, you would probably make out that the differences. But when they are away from me, many are the times when I have heard of Akon fooling around. Even now while I am working here, my brothers are at home in Atlanta enjoying the perks. So I thought, ‘Why not make money out of it?’” laughed the singer who splits time between his houses at Atlanta, Georgia and Dakar. With immense success, a luxurious lifestyle has ensued whereby he reportedly owns 11 cars including an orange Lamborghini Gallardo and over 4,000 pairs of sneakers.

But the focus of his life remains his family. As he put it: “Growing up I watched my father migrating with us for a better life. I will never forget that all that he ever did was for us. I want to do the same for my children.”